AFI DOCS 2021 engages us in many conversations 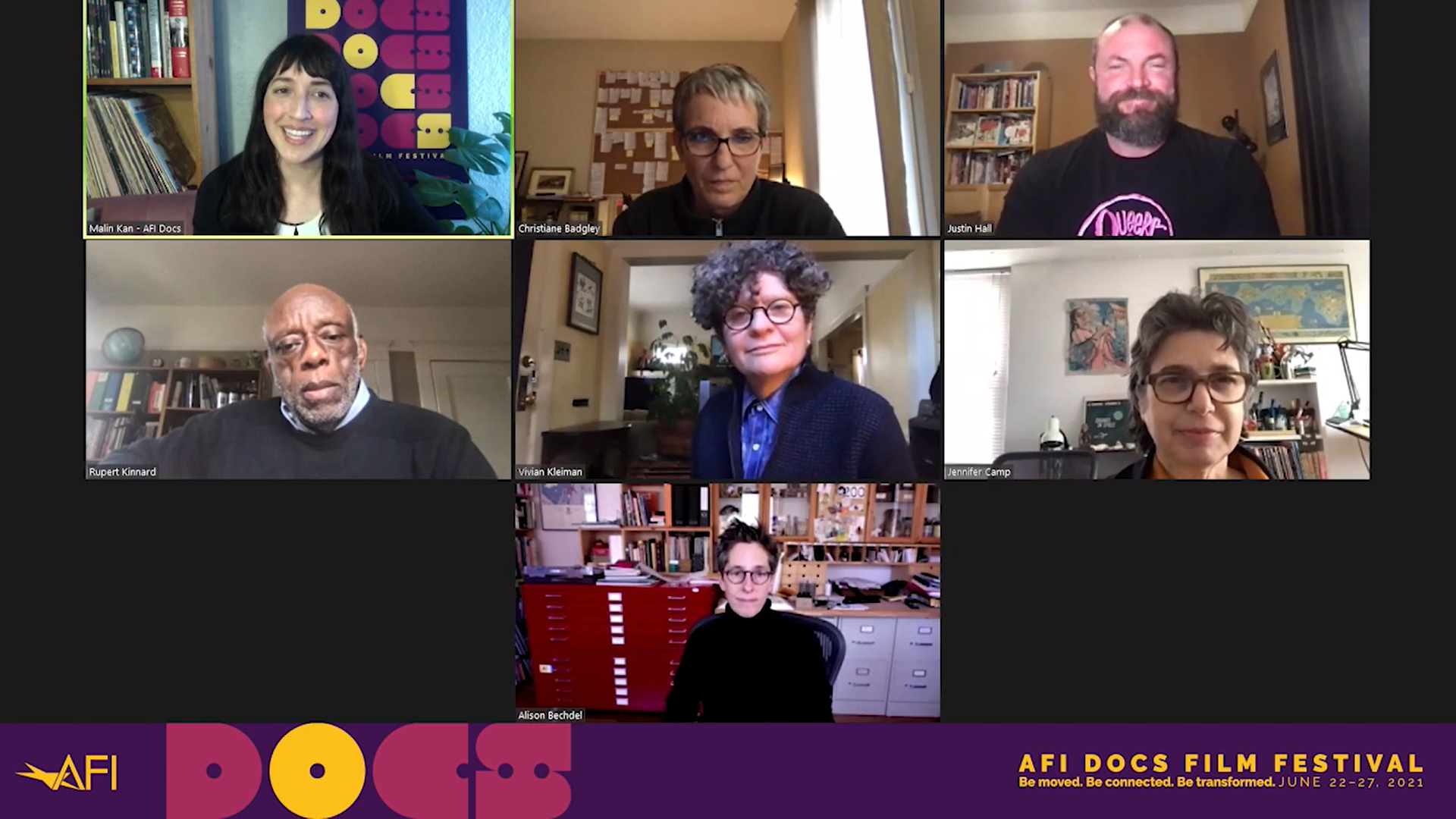 From Anthony Bourdain exploration film ROADRUNNER to MY NAME IS PAULI MURRAY, American Film Institute’s AFI DOCS 2021 has brought many issues and discussions to light this year. Now they offer a way for us as audience to engage with filmmakers to join the conversation. See info and link to connect below. AFI DOCS is where connections make meaningful art into action. Read on…

Sunday, June 27, 2021 — AFI DOCS presents a full schedule of Sunday’s events including the special presentation of the Closing film, CUSP, and the final in-person screenings at AFI Silver. These events and festival screenings further the mission of AFI DOCS: to bring filmmakers, our nation’s leaders, and audiences together.

Like in much of America, in one small Texas town there’s not much for teenagers to do, especially during another hot summer. Three teenage girls – Autumn, Brittney and Aaloni – have lazy day hangouts, bonfire parties in fields riddled with beer and blunts or casual meetups at fast-food restaurants. Throughout this fever dream season, the girls, who grant intimate access of their social life to filmmakers Parker Hill and Isabel Bethencourt, openly discuss the darker sides of their adolescent experience: social expectations, toxic masculinity and consent.

Through a striking verité lens, this feature debut from Hill and Bethencourt reveals a brave, complex and poignant portrait of girlhood and sexual violence set against a big Texas sky of possibilities, heartbreak and hope.

A LOOK BACK AT SATURDAY’S HIGHLIGHTS

On Saturday, June 26, AFI DOCS hosted HISTORY IS OUT OF THE CLOSET: EXCAVATING QUEER STORIES FOR THE SCREEN and the US premiere of THE STORY WON’T DIE.

IN PERSON SCREENINGS AT AFI SILVER

(The following films will also be available to view virtually.)

Practically the entire student body of Lowell High School, San Francisco’s most elite public school, is trying its hardest to attract the attention of the country’s most selective colleges, including Harvard, Yale, Berkeley and the gold standard for Lowell students, Stanford. But what if packing your schedule with AP classes, getting all “A’s” and being an Eagle Scout is not enough? And what if the deck is stacked against you because you attend an Asian-American majority school, which the elite colleges have euphemistically dubbed as being “robotic”? In Debbie Lum’s humorous and thought-provoking take on the stresses and strains of the college application process, what stands out most is the character and heart of these young people — something that no admissions office can truly measure. 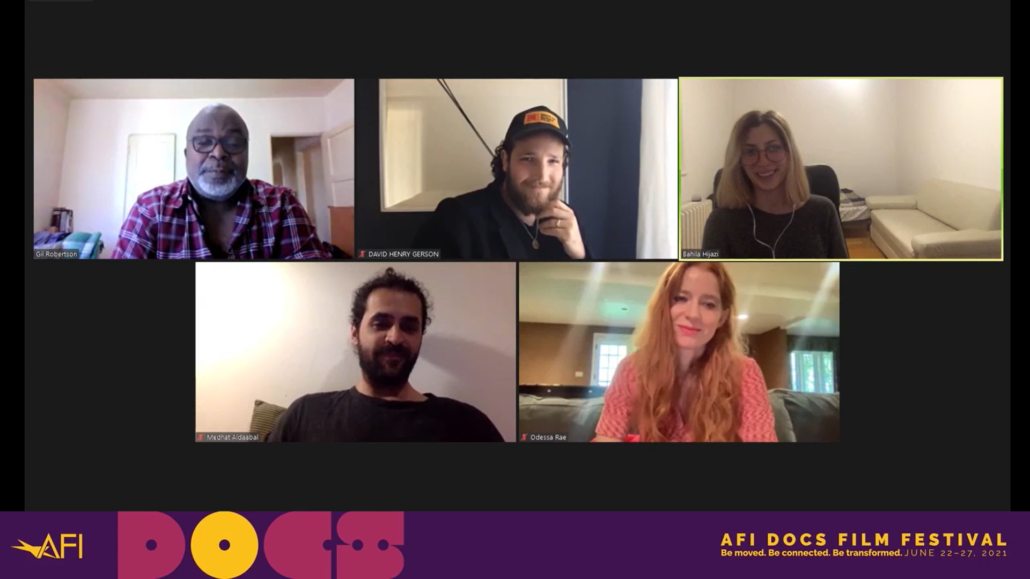 In their homeland of Syria, artists are routinely tortured, kidnapped, imprisoned and killed. Living as refugees in Europe, the artists of THE STORY WON’T DIE find the opportunity to fully express themselves as they never could before. Through music, performance and visual arts, they share their stories, process their trauma and share the plight of Syria with the world. It is not easy, but the rappers, dancers, illustrators and graphic artists profiled in the film admirably navigate their daily realities in exile and find strength in each other, fueled with shared creative passions and hopes for a positive future of Syria. With their talents, they can speak truth to power, learn to heal, and find joy – something everyone deserves.

In the border city of Ciudad Juarez, Mexico, where violence against women has reached near epidemic proportions, three masked female Mexican wrestlers, or Luchadoras, are training for their next match. Outside the ring, the battles continue, as they confront personal crises, address issues in the community and work to achieve their goals. For Mini Serinita, success could mean an end to factory labor. For Lady Candy, it could help her obtain a visa to the U.S. to find her daughters who were kidnapped by her husband and taken across the border. Baby Star, a single mother who has already tasted success, could make a dramatic comeback. Together, their strength, resilience and effervescent charm cuts deftly through a looming sense of fear.

Kendra’s adopted parents are amazing. But growing up in white suburbia, she knew little of her Native American culture, and nothing about her Lummi heritage. She and her friend, filmmaker Brooke Swaney, embark on a journey to discover more about her family’s history and lives. The search for Kendra’s birth mother finally finds success and their lives begin to intertwine as they unpack how the Indian Child Welfare Act and Indian Adoption Project has affected both of their lives. DAUGHTER OF A LOST BIRD is a courageous endeavor to understand oneself while allowing the camera to follow each trial and tribulation. The film is an exploration of sorrow and joy, and all of those confusing emotions in between. 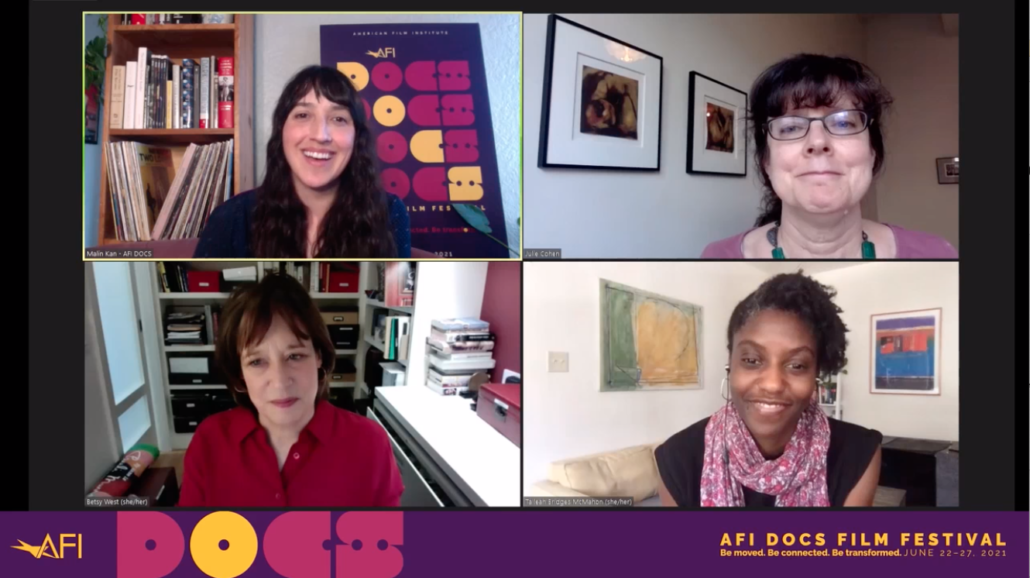 Rosa Parks. Thurgood Marshall. Ruth Bader Ginsberg. Pauli Murray. If the last name seems not like the others, that’s not because of any shortage of accomplishments on Murray’s part. One of the 20th Century’s most important legal and civil rights activists, Murray was arrested for sitting in the whites-only section on a Virginia bus 15 years before Rosa Parks refused to do the same; provided a key legal strategy on school desegregation; and co-founded the National Organization for Women. Later, she became the first Black woman to be ordained as an Episcopal priest. In this highly engaging and revelatory portrait of the remarkable Murray — who resisted being defined by traditional gender categories — Academy Award® nominees Betsy West and Julie Cohen (RBG) patch a gaping hole in the historical record. It’s about time.

About the American Film Institute (AFI)Established in 1967, the American Film Institute is the nation’s nonprofit organization dedicated to educating and inspiring artists and audiences through initiatives that champion the past, present and future of the moving image. AFI’s pioneering programs include filmmaker training at the AFI Conservatory; year-round exhibition at the AFI Silver Theatre and Cultural Center and at AFI Festivals across the nation; workshops aimed at increasing diversity in the storytelling community; honoring today’s masters through the AFI Life Achievement Award and AFI AWARDS; and scholarly efforts such as the AFI Catalog of Feature Films that uphold film history for future generations. Read about all of these programs and more at AFI.com and follow us on social media at Facebook.com/AmericanFilmInstitute, YouTube.com/AFI, Twitter.com/AmericanFilm and Instagram.com/AmericanFilmInstitute.

About the Corporation for Public Broadcasting

The Corporation for Public Broadcasting (CPB), a private, nonprofit corporation created by Congress in 1967, is the steward of the federal government’s investment in public broadcasting. It helps support the operations of more than 1,500 locally managed and operated public television and radio stations nationwide. CPB is also the largest single source of funding for research, technology and program development for public radio, television and related online services. For more information, visit www.cpb.org and follow us on Twitter @CPBmedia, Facebook and LinkedIn, and subscribe for email updates.

The Washington Post is an award-winning news leader whose mission is to connect, inform and enlighten local, national and global readers with trustworthy reporting, in-depth analysis and engaging opinions. It combines world-class journalism with the latest technology and tools so readers can interact with The Post anytime, anywhere.

The Press Freedom Partnership is a public service initiative from The Washington Post to promote press freedom and raise awareness of the rights of journalists who are in pursuit of the truth. Learn more at www.wapo.st/pressfreedom

About Meet the Press with Chuck Todd

Meet the Press with Chuck Todd is where newsmakers come to make news — setting the political agenda and spotlighting the impact Washington decision-making has on Americans across the country. It is the #1 most-watched Sunday public affairs show for the 2019-2020 season, reaching more than three million viewers every Sunday and millions more through social, digital and on-demand platforms. Meet the Press brings its authority and influencer interviews to MSNBC with MTP Daily weekdays at 1 p.m. ET, to the ongoing weekly podcast, The Chuck ToddCast, and to Meet the Press Reports, a 30-minute program on NBC News NOW and Peacock, focusing on a single topic explored through the Meet the Press lens. It’s the longest-running show in television history, recently expanding its brand to also include a political short-documentary film festival in collaboration with the American Film Institute. Chuck Todd is the political director of NBC News and the moderator of Meet the Press; John Reiss is the executive producer.