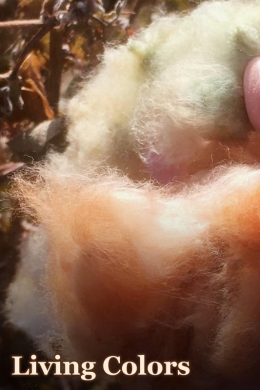 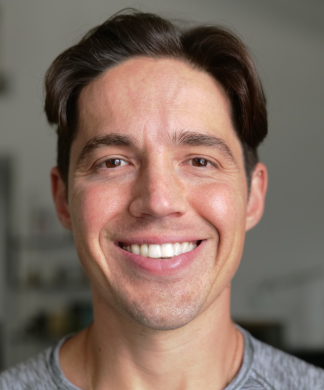 Brazilian born Engineer and filmmaker Eduardo Maia recently co-wrote and edited short film “Living Colors”, directed and co-written by Melanie Robertson about Sally Fox who grows pesticide-free, dye-free colored cotton for over four decades. Eduardo is a Brazilian-born filmmaker and film student of City College of San Francisco with a passion for creating films that resonate with universal conversations happening on a global scale. He is planning to attend the MFA program in Film & TV Production at USC starting in the Fall of 2022

In a recent interview with Eduardo about his film, here is what he had to say:

How did you find out about Sally and her colored cotton?

EDUARDO: I actually met the director Melanie Robertson in a documentary filmmaking class at City College of San Francisco last year. Each student pitched an idea for a doc, and I was instantly fascinated by Sally’s story, and offered to help out as an editor.

What made you and your team decide to make a film about it? And how did you get involved?

EDUARDO: Melanie is Sally’s cousin and an architect by trade, but she has wanted to tell this story for a while. One day, she decided to take the documentary class at City College of San Francisco, without any previous experience in filmmaking, and that is when the project really became a reality. Not only did we connect and learn about different styles & approaches to documentary, but we also got great guidance from our teacher Keith Wilson, who was instrumental in getting us to a completed film.

How do you hope the film will impact audiences? How can people see the film?

EDUARDO: For me, this story is about working for what is right, even when it is not a popular thing. Sally has been working on pesticide-free, dye-free colored cotton for over four decades, and continues her efforts to this day, in spite of constant challenges and setbacks. I think history will show that she was way ahead of her time when she embarked on this journey, and our hope is that the film can help with this.  The film will be shared on Sally’s business website: https://www.vreseis.com/.

Will this film lead to a feature length doc of the same topic?

EDUARDO: We are currently working on a longer version of this film, so look out for more details soon!

What was the most important thing you learned in the making of this film?

EDUARDO: One of the things that our instructor Keith was adamant about was keeping our films to 8 minutes, which turns out is really hard when you have such an interesting story like Sally’s. But having this constraint really taught us to be extra crisp on what our intention was with the film, and what part of the story we really wanted to focus on. I think this clarity allowed our film to flow nicely, and that’s a lesson I will always carry with me.

Being from Brazil, can you tell us about your experience moving to LA and becoming a filmmaker?

EDUARDO: Overall, my experience in trying to break into the film industry has been very fulfilling but also full of challenges. Filmmaking is actually my second career. I worked as an engineer in tech for fifteen years before, and I think a big part of choosing that career path initially was that filmmaking felt foreign and out of reach for a Brazilian kid. But after being in America for over twenty years, I am approaching filmmaking like I did engineering, starting with education. I began taking film classes in San Francisco about three year ago, and I am starting the MFA program in Film/TV Production at University of Southern California in the Fall. I could not be more excited about it!

You attended SIFF recently. Can you tell us about that experience?

EDUARDO: Sonoma International Film Festival was an absolute blast! I had been to film festivals before, but this was my first time with a filmmaker badge. I was blown away by how nice other filmmakers were and, above all, how generous they were with their time. Each conversation I had really opened my mind to new possibilities, and gave me insight into what people who have been on this path for longer are doing. I think all of that helped demystify things for me, and I am incredibly thankful.

What has been the response to your film so far?

EDUARDO: The response from people who saw it has been really good. I think Sally’s story resonates with so many themes that are on people’s minds nowadays, from how we can better care for our environment, to how small businesses can compete with corporate giants. This gives me hope that we can reach even more people going forward.

What will you be working on next?

EDUARDO: We are currently working on a longer version of the film. Our current film was shot completely during quarantine, with basically Melanie doing everything, so we are hoping to have a larger crew involved. I am also starting grad school at USC in the Fall.