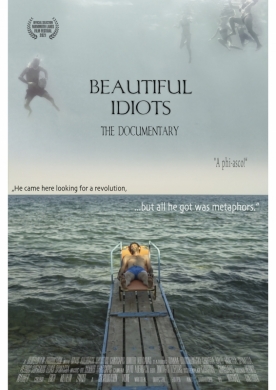 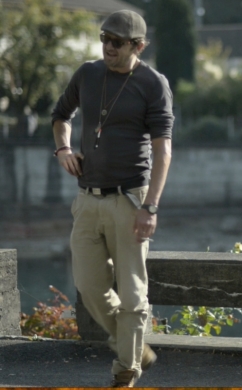 Award winning tragicomic documentary/mockumentary “Beautiful Idiots” (2021), written, directed, produced, and edited by Michael Ginthoer and starring David Auerbach is a coming-of-age story involving three men in the dusk of their life who travel to Greece to make a film about the economic crisis there in 2016 and end up filming a labyrinthian quest for the meaning of life through sacred numerology and the Fibonacci code. Reminiscent of the wit and satyr of Monty Python in the 1980s, the film is a comedic yet serious, existential, and philosophical look into life’s many mysteries, set fittingly in the birthplace of philosophy, Greece.

I met Michael Ginthoer at the 2021 Mammoth Lakes Film Festival where he screened his film. In an interview with Michael, here is what he had to say:

Can you tell us about your path towards becoming a director? Did you always know this was what you wanted to do?

MICHAEL: I think I was eight or nine when my father and I started cutting up Super 8 movies. My father was and is a huge film buff. I think he has a collection of almost 10,000 movies at home. He always made it very clear that directing film is the best job you can have on this planet. And I believed him. Lucky me!

What and who have been your greatest inspirations in your film world?

MICHAEL: That’s a standard list, I have to say: Kubrick Kubrick and Kubrick. I even wrote a paper on the guy in high school. Anyway: There’s zero Kubrick in my movies, so if this qualifies as an inspiration, then that is a different question. When I was like twenty-six, I was once suffering from a massive Jetlag that kept me up all night for two weeks, despite massive medication. I would have been a nightmare if it wasn’t for a collection of all Fellini and Antonioni movies that I came into the habit of watching during these sleepless hours. I was very vulnerable, and methinks those guys did quite some damage there in my inner wiring. Also, I was always fascinated by the genre of a mockumentary, about how reality and fiction correlate, so you of course must mention Larry David and Christopher Guest.

Your recent film Beautiful Idiots is an exploration in culture, numbers, life and philosophy. What does the title represent for you?

MICHAEL: Up until a few years ago I always wanted to make movies about geniuses like Gödel the mathematician, Trakl the Poet and Weberm the composer. Pretty high-end stuff. Then I saw Spinal Tap and I knew immediately: It’s much better to make movies about stupid people. Intelligent people are tragic. Stupid people are funny. So, I set my mind to it and along came David Auerbach and Christos Chassapis, my co-creators in Beautiful Idiots, very intelligent people for the record. They were, like funny together and pretty, too. (Chassapis we always pitched as “a Greek cartoon figure” in the various treatments). It was clear that any collaboration with these two characters would be an outright disaster, but a very filmic one at that Later a friend of mine applied the term to the Greek people- the exploited, who mainly blame themselves for their own misery and not the neoliberal “narrative” they are caught up in- so they’re beautiful idiots too. And then one day a policeman asked me what I was working on. After, I told him it turned out he felt like a beautiful idiot as well. He tore up my ticket. So, in a way, with these psychotic times we live in, I think we all are beautiful idiots – the whole occident because we’re all dreaming the wrong dream.

Can you tell us about the film without revealing too much about it?

MICHAEL: In a last effort at fame and glory a middle-aged man travels to Greece at a time of crisis. He is looking for the Anarchists, but as it turns out they are on a holiday, because it is August. Our guy then, through a debilitating mix of latest generation antidepressants and medical marihuana, reaches the quantum state of mind, goes through hell and – after much trial and error – ultimately discovers the heart and soul of the Apollonian dream.

How did you meet your team for the film and how long did the film take to make?

MICHAEL: David filmed my first Movie “Zen and Zero” (2006). He had ties to Greece, and when the whole thing blew up it was only a matter of adding 1 + 1 together. It turned out it wasn’t that simple and the whole project took five years to complete. It was very good five years, though, for the most part. Blood, sweat and tears for sure but many great hours as well. And freedom, and Greece… you know the “precincts if the divine “…

The film being about grand ideas regarding the meaning of life and sacred numerology, what do you hope people will take away from the film?

MICHAEL: Tricky question. Dr. Varoufakis says the way things are set up right now, in terms of mathematics, it is a necessity that money flows to more money. It can’t even help it. It has nowhere else to go. So, the rich get richer, the poor get poorer. Not good. Not even for the rich. So, the mathematics underneath is flawed, as I understand it. But mathematics is just a tool; it doesn’t have to be cruel and merciless all the time. It can also be uplifting and musical. It can create a world of balance if that’s the goal.

MICHAEL CONT’D: And I think that’s what we found when we got lost in our Pythagorean deliberations, a sort of mathematics with a different set of values, something our civilization has known a long time ago but since forgotten. On a more emotional level I would hope that the film’s message is to chill the heck out a little bit and be kind to each other. Because this is what we learned in Greece. Yes, there is less work and less money but there is also more time and if this time is used for the right things – and the best things in life are free anyway – then we’ll be just fine. I call this excessive modesty. It’s a fun game to play.

You attended the Mammoth Film Fest 2021 in person. How was that experience?

MICHAEL: Fantastic air, fantastic people, room 209. It has an outpost-ish character. Very generous hosts in Shira and Paul and truly original programming. Yeah. And there’s is hot springs and mountain lakes and bald eagles, and you don’t have a hangover. Couldn’t think of a better place to spend the weekend and watch a few freaky movies, really.

Being from Austria, how is the environment for filmmaking there, post Covid?

MICHAEL: I haven’t been on a movie set for the past two years, really. Just editing and writing. From what I hear it is doable and not too bad. I think the real problem is the cinema experience and it will take the audience some time to be comfortably sitting through a 2 1/2 hour movie again, because we’re so used to our 45 minute – doses of entertainment these days…

You are also a writer. Can you tell us about your script with Tarantino right now?

MICHAEL: Thanks for the question. Well, technically, it is not WITH Tarantino right now. It’s an idea I had with a producer friend of mine. The thinking is: Tarantino’s next movie – his tenth – will be his last. Of course, nobody wants that, and the poor guys is surely looking at all kinds of different materials right now, because this will be his last words, no? So here we come to invite him to make a European Arthouse Movie at taxpayer’s expense. You know, not a “real” movie, something along the lines of Fellini’s “8 ½”. Something more … free. He wouldn’t even have to write it himself. It is a surf movie. It is called “Abracadabra” and it ideally has Brad Pitt in it. And I’m not joking…

Where would you like to see yourself as a filmmaker in the next 5-10 years?

MICHAEL: Ideally, I would be shooting “Beautiful Idiots” Part 2 to 6 with my Greek sisters and brothers. No more deep thinking this time, just taoistic shenanigans. Pointlessness in its purest form. If that’s not going to happen, I suppose I can just hope to keep doing what I’m doing, which is wrapping my head around stuff I don’t know anything about and trying to somehow meld it into stories – ideally films. It is a very rewarding process. 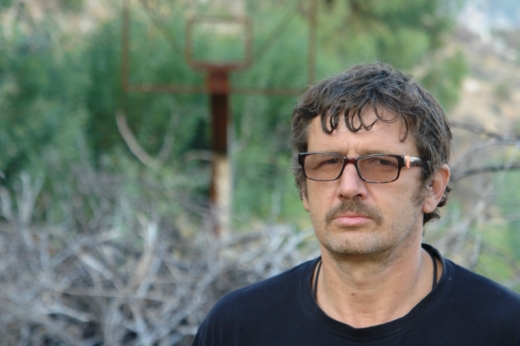