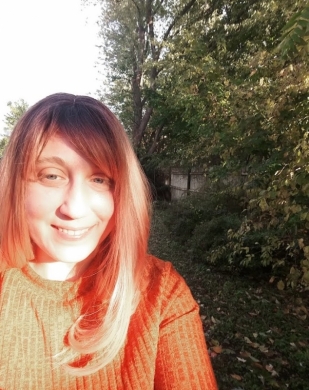 Lauren Flinner is a filmmaker/experimental animator and visual artist in Boston, MA. Lauren’s work incorporates elements of experimental documentary and explores aspects of performance. Her film “Knot Waking” is an autobiographical collage of animation. I met her at the 2021 Mammoth Film Festival. We recently held an interview about her filmmaking. This is what she had to say:

Can you tell us about your path to becoming a filmmaker?

From a very young age I had a complicated relationship with the concept of “self.” Through experimenting with different forms of making, I learned that filmmaking (animation in particular, with its reliance on the movement between frames) would allow me to explore alternatives to the notion of a self that remains static.

I could be described as having “mental illnesses”, though I’m hesitant to use this descriptor myself—having experienced disordered levels of obsessive compulsion, I see the usefulness in classifying destructive behavior as mentally ill; however having seen the way my neuroses also align with real world stressors…framing it as a personal battle with “illness” seems to detract from focus on structural damage on the psyche due to forces like Capitalism.

I went through various treatments involving prescription drugs (including catastrophic withdrawal experiences). I moved between different therapists while hearing aggressive narratives about success from school. I also encountered a barrage of expectations imposed by being AFAB in White Evangelical Christian American spaces. When I tried to use words alone to express dismay with the status quo or to describe my perspective of anything with nuance, I felt ignored or outright dismissed. Film became a way of channeling the tension I felt at this lack of control and a genuine attempt to get folks to understand differently.

Now I’m motivated by a belief that changing the way we as a society interact with Meaning in language (allowing for more of the three-dimensionality of poetry to infuse our prose-minded linearity) will result in the weakening of toxic cultural narratives (for example, an emphasis on binary divisions, or seeing education as a didactic relationship).

You are also an artist. How do you use your art in your filmmaking?

I’m interested in general in researching the link between alternative forms of communication (including film languages) and various states of consciousness, which I explore through different mediums. I hope to start to engage more with how these concepts relate to potential impact on real world activism, though my current focus is reflected through a prism of autobiographical processes that are in dialogue with experimental film and contemporary performance and documentary arts. To a degree, filmmaking is just one potential form for my work to take, but there are many philosophical implications within film language, and looking at the implications within structures such as language permeates my process overall.

I’m also a very hands-on maker, I like to let the “physicality” of the materials I’m working with inform how I  communicate meaning in film. You go different places creatively when working with IRL paper & glue v. digital paint tools (for example). I especially love combining modes of representation that may clash. For instance, at one point my undergrad thesis film Troubled Waters cuts between a crisp HD shot of light dancing on top of gray-blue water) and a silent moment of soft Super8 film purples capturing the same subject. I wanted to convey what it feels like going through life believing different (conflicting!) Absolute Truths at different times.

Can you tell us about some of your previous work that led you to your most recent?

One of my first animations developed from a poem I had written about the experience of making a collage:

I noticed that I was afraid to cut up an image I found in a book—the realization that a decisive slice would eliminate many other imagined scenarios that might have been derived from the source material. I wondered what it would be like owning the violence of that act and who might have that confidence to act destructively for the sake of constructing something new. I wrote the poem from the perspective of a person who has no guilt, perhaps doesn’t even consider that alternative futures are blocked by the physical extraction of material from its source.

I ended up writing a series of poems that I collectively call “Brute” about this character’s world, where nameless corporate entities perform violent scientific experiments in the context of world environmental collapse. I also kept making collages of elaborate plants in sterile environments—were they sentient? In pain? The story was growing visually, so I paired the elements of the world I had constructed with the initial poem in a short animation, It Needs To Eat. These layers continue to influence what I make today. It’s all an ongoing conversation with these concepts that I hope permeates all my short films and makes them feel part of the same conversation.

Your film was an artistic animation. What was the inspiration for it? Can you tell us about the film without revealing too much about it?

I consider Knot Waking an experimental documentary, trying to capture what it physically felt like to quarantine safely, in isolation, in Saugus, MA. It was in some way an activity for survival, connected to my compulsive need to piece things together with my hands. I was also about my changing relationship to time and the ways unlimited connection via screens compounded the otherwise very real isolation I was living through.

I hope my “statement” (the piece of writing I’ve included with all festival submissions) doesn’t give too much away. I consider it a companion poem:

“This quarantine had him believing he was re-living it and he was afraid. I, on the other hand, had been throwing up from stress two to three times a week when I had a day job. Now that I didn’t/out of obsession Knot Waking was made. A small collection of thrift store books (gathered over the past decade), along with some forgotten fragments of unfinished ideas, assembled by stream of consciousness. It is a quarantine story- the suddenness of springtime stillness, sunshine and peaceful hours listening to birds in a frozen world, dying everywhere. There are yellow blossoms in my yard. I am well kept. What would your dream be if you were me? What is it like to die? I think trees experience time differently from us. Maybe I saw it online. Paper. Circuit. Tree. And I wonder, does a stump have memories? I use my body to dream— A dream of the combined afterlife of one thousand trees. A sensual, stream of consciousness assemblage of scraps. Tiny triangles of paper mediate.”

What are the stories that move you most? What films and people have been your biggest source of inspiration?

I’m inspired by classic animation figures like Jan Švankmajer and Suzan Pitt and Yuri Norstein – by anything with surreal intimacy as well as mysterious distance and blending of fantasy and history. I really admire the animators who are working on sustaining independent feature length projects, like Signe Baumane. I relate to her film, Rocks in My Pockets which contains accessibly rich portraits of the quirks of consciousness that come with mental illness. I loved 2018’s La Casa Lobo directed by Cristobal León & Joaquín Cociña – amazing stop motion feature that carries a fantastic, quiet mania that is embedded in the ghostly movement of materials within a house. I like sci-fi-esque, almost sentient landscapes like you find in Tarkovsky films. I wrote about Piotr Kamler’s Chronopolis in this context (paper is on my website!). Agnes Varda’s The Gleaners and I is a favorite, also Les Enfants du Paradis (someone told me I was “that mime” during a studio visit)

I’m also getting more interested in Drag performance. I think I’d like to reimagine myself as Lorn Flaneur. Aside from sounding almost the same as my real name, the etymology of Lorn is linked to Leu, meaning to “cut apart”, which I love as a collagist. Flaneurs are artist/poets who take inspiration from walking- a course on the “practice and poetics of  walking” was my first college level art class (taught my my mentor Robert Seydel- his teachings changed my life and kickstarted my art practice). I love wordplay and thinking about how visual elements in performance can amplify characteristics, and I love conversations about gender, so I’ve been keeping a list of potential drag personas/designing corresponding looks: Evan Jellicle, Karen Bear, Tuna Douleur (a cat lady with ennui)…I’d also love to do feminine Jesus/God/Satan looks (pardon the blasphemy, but I’m picturing Jesus singing ABBA’s “SOS” and  getting genuinely moved: “So when you’re near me, Darling can’t you hear me?” v. “Father why have you forsaken me?”)

You attended the Mammoth Film Fest 2021 in person. How was it this year post covid?

It was amazing to be in physical proximity to people and especially incredible to talk aboutfilm! I told someone it was like being at “Jesus camp” (which I went to as a child so I can call it that!) except the difference was that I actually wanted to be there (by which I mean I felt a spiritual level of community bonding)! I’m so happy that I had the opportunity to attend the festival and appreciate the work Shira Dubrovner and Paul Sbrizzi put into getting filmmakers there together.

Where would you like to see yourself as a filmmaker in the next 5-10 years?

I hope for more opportunities in different filmmaking spaces, like doing video for installation and/or feature length collaborations. I’ve always been passionate about education and I would love to be able to find a way to support young people in their artistic research. And TBH I’d love to make money! I am not making any money with my art. Instead, I’m doing the Millennial Shuffle between different temporary hourly-wage day jobs and try to squeeze the rest of whatever it is I’ve been saying I do here into my “hobby” hours and it’s not sustainable. I just hope I don’t have to give up and get a “real” job because of something like health insurance.