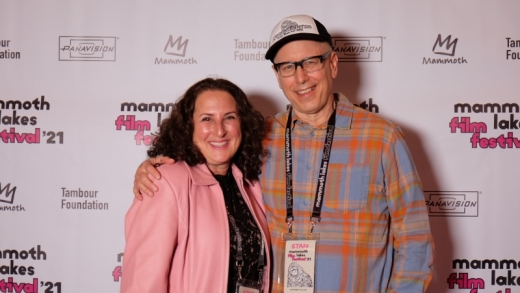 MLFF is a five-day festival that screens independent features and shorts in the spectacular setting of Mammoth Lakes—California’s premier mountain resort, high in the Eastern Sierras held over Memorial Day weekend.

How did your career in film begin before creating this festival?

SHIRA: I went to film school back in 1996 and worked in independent film and television and then worked as an independent video editor. I worked a lot in the Art Department and then moved into Video Editing.

Can you each speak a bit about your journey in creating the highly anticipated MLFF?

SHIRA: I decided to move to Mammoth Lakes in 2007 and start a year-round theatre company. After five years of getting the theatre company into a well-oiled machine I realizing how much I missed independent film and since there are no Arthouse cinemas in Mammoth Lakes I felt the only way I can fulfill my indie film fix is to create a film festival. I also love inspiring other artists and I really enjoy creating a venue for artists to meet, create relationships and collaborate.

How did you partnership with Director of Programming Paul Sbrizzi begin?

SHIRA: Paul and I knew each other from film school but lost touch with each other. When I decided to create the festival, I remember hearing that Paul had been programming for Slamdance for the past 10 years and so I reached out and asked him to come to Mammoth Lakes for a weekend. We discussed what his thoughts were about producing a film festival in Mammoth Lakes. He thought it would be a great idea so I hired him to be the Director of Programming and I believe a lot of the festival’s success is because of Paul’s amazing programming. He truly has the “eye” to see raw talent. He discovered many amazing filmmakers when they submitted their shorts to Slamdance when they didn’t get into Sundance like Lena Dunham’s and Benh Zeitlin’s early work.

How long does the festival take to plan every year? And do you want to talk about any of your sponsors?

SHIRA: The festival takes a full year of planning and prep. We both are committed to combing through all the films to make sure nothing falls through the cracks. I personally watch all the submissions first and then pass them on to our programmers to make sure we didn’t miss any nuggets of gold. All our alumni go straight through to the programmers but are all vetted on the same level as first-time submitters. I also have to contact sponsors early and lock them in. We have been very fortunate that Panavision has been so loyal since the beginning. Each year with all sponsors we have to touch base and build the case why they should continue to support us.

This past edition was your 7th. What has been your most rewarding experience in running the festival?

SHIRA: Probably this past edition in Sept of 2021. It was so hard to produce with all the obstacles that came about because of the pandemic and the California fires it ended up being more difficult than our first year. But the excitement and gratitude that came from all the filmmakers and just watching how excited they were to be live and in person and have a live audience again watching their films, truly showed me how much we all missed the human connection. And really isn’t that why we make films, to have a human connection experience that will impact how we view our lives and the world around us?

Can you tell us about the location of the festival and how the beauty and nature of it adds to the experience?

SHIRA: I think because we are out of the hustle and bustle of the big city we create a sense of calm and peace which allows everyone to let go of big city distractions and just let themselves go and dive into taking the rides of watching indie films. There is something about the mountains that really ground you and you let go of all your inhibitions and are able to live more in the moment.

What kinds of films do you look for when selecting for programming?

SHIRA: We are looking for something that we have never seen before. When you see over 1500 films a year it is really easy for the truly special films to pop out. We look for specific voices and points of view and I think that is why our programming has been pretty diverse from the get go. I don’t think we consciously have a bunch of diversity boxes that we try to check but because we love authentic stories from all walks of life, we have always programmed diverse stories from diverse filmmakers.

You held an in person festival this year. How did that go and what was the energy like?

SHIRA: I equate it to when you have a big snow storm and the kids are locked in the cabin for two weeks and then there is a beautiful sunny day and you can let them out and they just go nuts. I think all the filmmakers were craving in-person human contact and they were all talking together so much they never wanted to leave the parties. There were many obstacles that I personally had to deal with as the festival director, but it is my job to not let it ruin anyone’s festival experience and I think nobody has any suspicions of all the fires I had to put out.

How do you think festivals will continue moving forward post pandemic?

SHIRA: I do think we will need to get through this winter and flu season but as so many of us are getting vaccinated I think it will become more of the norm and by next year I think people we will be more comfortable about going into in-door events whether it be with masks or proof of vaccination, which is what we required this year in September. As I said earlier, I think people are craving in-person human interaction and we can only sustain separation for so long and I think it is all coming to an end in the not so distant future.

What can we expect to see for next year’s 2022 edition?

SHIRA: We added more shorts blocks in our programming and a music video category which we will continue. We hope to have our international filmmakers present next year as they could not attend because of the pandemic. We are just really excited to find the filmmakers of tomorrow and give a platform for artists to come together and create a community of artists that will build life-long collaborations from our festival. 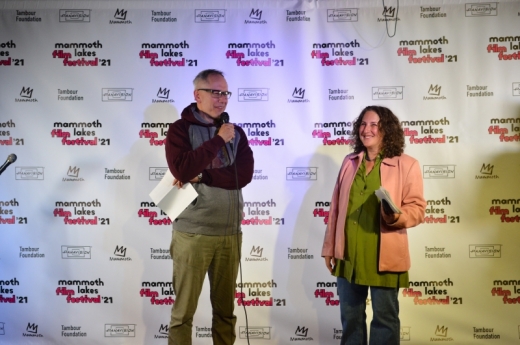 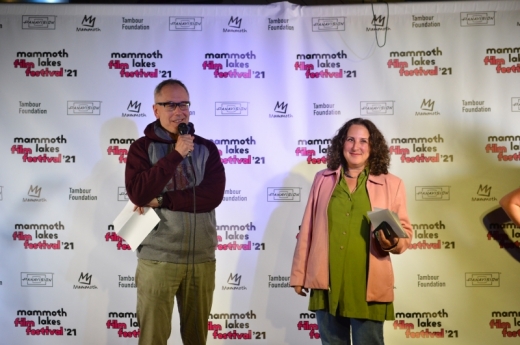