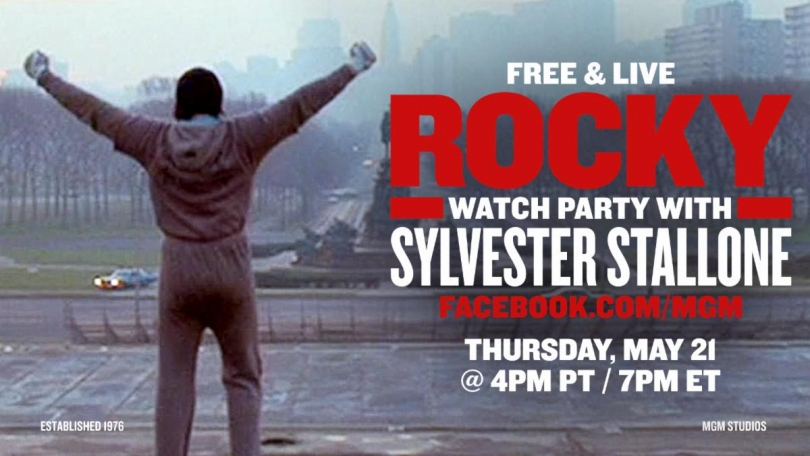 Suddenly everyone is Robert Osborne online – if you don’t remember him, he was a Turner Classic Movies Host who literally brought back “old movies” to a new generation – but now there are so many liner-note commenters. You’ve got a cinema ga-lazy of Blogstars and Podcast heroes,  so it’s unremarkable when all-comers comment on films…

However, tonight MGM is casting Sylvester Stallone as a Live Studio Host to stream his signature Academy-Award Winning picture on MGM’s Studio’s Facebook page. “The free screening event invites fans nationwide to chat and watch the film live with Stallone as he joins on camera for a special livestream of MGM’s classic hit movie,” the Studio says. This live event will benefit communities impacted by COVID-19, which is an added plus.

So here’s a montage from the original Sly cinderella story, about a guy who gets all buffed up, goes to a brawl, and comes home a King.

TUNE IN TONIGHT: MGM FACEBOOK PAGE LIVE at 4pm PST / 7pm EST Have fun, kids… and do some push-ups, you’re starting to look like you’re under house arrest or something… yo, Adrian! 😉