Zelensky addressing during the Opening Cannes Ceremony: “We will win this war.”

of the 75th Festival de Cannes

The opening ceremony took place may17, at 7:00 pm with a live broadcast on France 2 and internationally on Brut. All of the Festival’s events will also be available to all through our media partnership with France Télévisions and Brut., which will offer a broad media coverage of the venue. Red carpet and steps events, press conferences, photocalls and all official events will broadcast in both French and English on France.tv, Culturebox, Brut. Cannes, YouTube as well as on the Festival de Cannes’ official website.

The closing ceremony will take place on Saturday May 28, at 8:30 pm and broadcast live on France 2 and internationally on Brut. The screening of the Palme d’or-winning film, that was just rewarded by the Jury, will follow in the Grand Théâtre Lumière Auditorium. 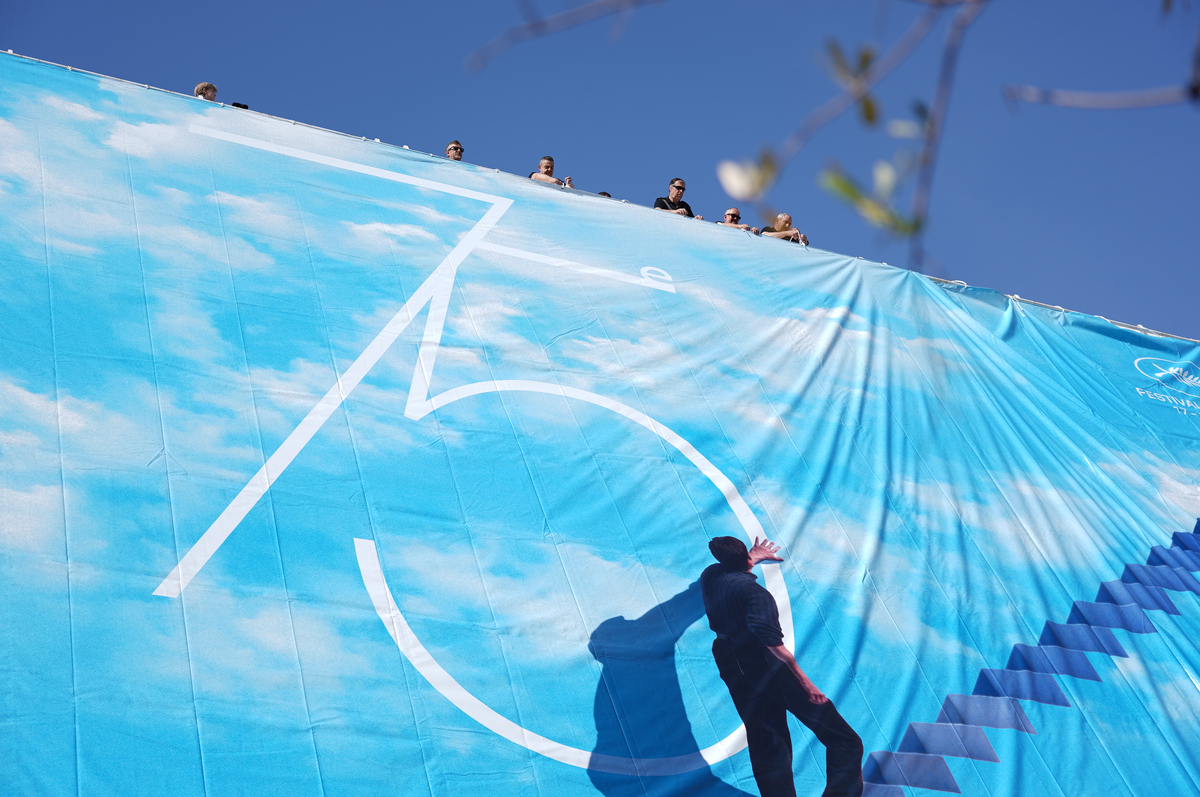 Tuesday May 17 at 7:00 pm live on France 2
Actress Virginie Efira served as Master of Ceremony and host of the 75th Edition. She did welcome on the stage of the Palais des Festivals’ Grand Théâtre Lumière the Jury, including Vincent Lindon as Jury President alongside Asghar Farhadi, Rebecca Hall, Ladj Ly, Jeff Nichols, Deepika Padukone, Noomi Rapace, Joachim Trier and Jasmine Trinca.

The opening ceremony was broadcast live today at 7:00 pm on France 2. One of the highlights of the ceremony will be the presence of the 75th Festival’s guest of honor, American actor, director and producer Forest Whitaker, who will receive an honorary Palme d’or at that time.

Vincent Delerm, who celebrates 20 years of career in the Paris-based L’Européen hall these days,  performed on that night and managed to get the entire audience to sing “Que je t’aime “– it’s worth noting that the artist directed the feature Je ne sais pas si c’est tout le monde in 2019 and that he was invited by the Festival in 2021 for a photo coverage that will be released as a portfolio, L’année où le Festival de Cannes avait lieu en juillet (Polka).

The screening of the opening film, Michel Hazanavicius’ Final Cut  followed the special night. The film will be theatrically released in France on that same day.

the surprise of the opening was the transmission of Ukraine President Zelenski’s speech, live from Kiev.

As in previous years, audience members will be able to experience the special night in nearly 400 theaters across France – opening ceremony and opening film. This initiative is handled by the Festival de Cannes, along with France Télévisions, the Fédération Nationale des Cinémas Français and the CNC.

Saturday May 28 at 8:30 pm live on France 2
After 11 days of Festival, the Jury will give the awards during the closing ceremony. It will take place on May 28, beginning at 8:30 pm and broadcasting live on France 2. The Palme d’or-winning film will then be shown in the Grand Théâtre Lumière and bring an already-memorable edition to a close.

The 21 films competing for the Palme d’or this year are: Holy Spider by Ali Abbasi, Forever Young by Valeria Bruni Tedeschi, Crimes of the Futur by David Cronenberg, Tori et Lokita by Jean-Pierre and Luc Dardenne, Stars At Noon by Claire Denis, Brother and Sister by Arnaud Desplechin, Close by Lukas Dhont, Armageddon Time by James Gray, Broker by Kore-Eda Hirokazu, Nostalgia by Mario Martone, RMN by Cristian Mungiu, Triangle of Sadness by Ruben Östlund, Decision to Leave by Park Chan-Wook, Showing Up by Kelly Reichardt, Leila’s Brothers by Saeed Roustaee, Boy from Heaven by Tarik Saleh, Tchaïkovski’s Wife by Kirill Serebrennikov, Pacifiction by Albert Serra, Mother and Son by Léonor Serraille, EO by Jerzy Skolimowski, The Eight Mountains by Charlotte Vandermeersch and Felix Van Groeningen.

Follow the Festival from all over the world
The opening and closing ceremonies will be broadcast live internationally in English and French thanks to Brut., without geographical blocking, via the following links: Brut America – Brut Côte d’Ivoire – Brut Egypte – Brut Espagne – Brut Inde – Brut Maroc – Brut Mexique –  Brut Sénégal – Brut Tunisie

The Festival de Cannes’ official app is available on the App Store and Google Play.