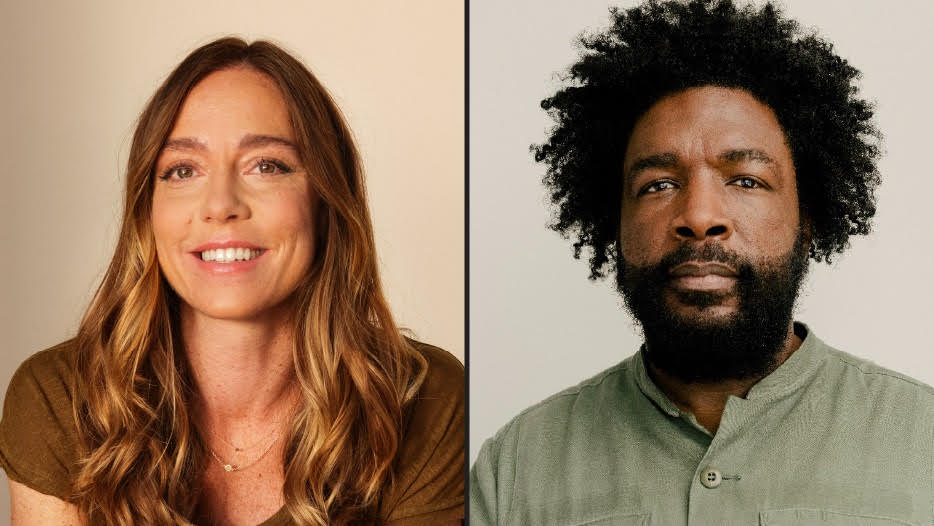 The nonprofit Sundance Institute announced today that it will present the 2021 Vanguard Award to filmmaker Siân Heder for her work on her feature film CODA, and filmmaker Ahmir “Questlove” Thompson for his work in documentary filmmaking on his directorial debut Summer Of Soul (…Or, When The Revolution Could Not Be Televised). The Vanguard Award, presented by Acura, annually honors artists whose work highlights the art of storytelling and creative independence. This year the award has expanded to honor the work of both a fiction and a nonfiction storyteller. The free online celebration will take place Wednesday, October 20, 2021, and feature dynamic conversations with Siân and Ahmir. The Institute invites fans and supporters of independent cinema to celebrate these artists at the special event.

Siân wrote and directed CODA, which premiered at the 2021 Sundance Film Festival in the U.S. Dramatic section. The film won the Audience Award: U.S. Dramatic presented by Acura, the Directing Award: U.S. Dramatic, the Special Jury Prize for Ensemble Cast, and the U.S. Grand Jury Prize: Dramatic. Siân is an alumna of the Sundance Institute’s 2016 FilmTwo Initiative, and had previously premiered Tallulah, which she wrote and directed, at the 2016 Sundance Film Festival. CODA was acquired at the Festival by Apple TV+, where it is currently available.

Ahmir directed and executive-produced Summer Of Soul (…Or, When The Revolution Could Not Be Televised), which premiered at the 2021 Sundance Film Festival in the U.S. Documentary section, where it won the Audience Award for U.S. Documentary presented by Acura, and the U.S. Grand Jury Prize: Documentary. It is streaming on Hulu in conjunction with Disney General Entertainment’s Onyx Collective; Searchlight Pictures released it theatrically.

“We are especially honored to recognize the visionary and award-winning directors Siân Heder and Ahmir ‘Questlove’ Thompson with the Vanguard Award. We were thrilled to bring enthusiastic audiences together at our Festival to experience the humanity, originality, and independent spirit of their culture-changing films. Siân and Ahmir join Sundance-supported directors Radha Blank, Ryan Coogler, Dee Rees, Marielle Heller, and others in this annual celebration of singular independent storytellers,” said Michelle Satter, Sundance Founding Senior Director, Artist Programs.

“I’m so grateful to Sundance for the incredible support that they have given to me on my journey as a filmmaker. I am thrilled and honored to join the company of the artists who have previously received this award, as well as my co-honoree, Ahmir, and his brilliant film,” said Siân Heder.

“I’m extremely honored to receive this award. Storytelling has always been the fiber of my creativity, be it DJing, writing articles/books, podcasting, or teaching. Of course, I share this honor with the entire team behind Summer Of Soul. It was an honor to bring this historic event to light for audiences to experience,” said Ahmir “Questlove” Thompson.

The Sundance Institute’s Vanguard Award honors artists whose work and vision represent the highest level of breakthrough innovation, originality, and independent spirit, as fostered in the Institute’s artist programs. The award was created in 2012, and past recipients include Benh Zeitlin, Ryan Coogler, Damien Chazelle, Marielle Heller, Nate Parker, Dee Rees, Boots Riley, Lulu Wang, and Radha Blank. Leadership Vanguard honorees have included  Glenn Close, Roger Ebert, George Gund, Alejandro González Iñárritu, and Quentin Tarantino. For the 2021 celebration, Acura continues their support of the award, which they have presented since 2015, and Variety serves as the Media Sponsor.

This year, the Vanguard Award Celebration, which has in prior years been held as a fundraising benefit for the Institute, will be free to attend. However, as the Institute relies on the generosity of supporters, who share a commitment to nurturing new artists, supporting unique and diverse creative voices, and furthering the reach of independent feature and documentary films around the world, donations are encouraged. Optional donations provide crucial funds to support the Institute’s year-round programs for artists, helping fund our labs, grants, mentorships, and other critical resources to empower the next generation of artists.

To register to attend the celebration, go to vanguardawardcelebration.splashthat.com.

SIÂN HEDER
Siân Heder is a writer/director whose most recent work includes CODA, an upcoming feature film which debuted at the Sundance Film Festival in 2021 to critical acclaim. CODA won four awards at Sundance: The Grand Jury Prize, the Audience Award, Best Director and an Ensemble Acting Award. After opening the festival and launching a bidding war, it sold to Apple for a record breaking 25 million dollars. In 2021, Siân announced her multiyear overall deal with Apple. Upcoming, she will serve as a director, writer and producer of “Being Heumann,” a memoir about the life of disability rights activist Judith Heumann and she has also been tapped to write and direct a feature adaptation of the novel, “Impossible” by Sarah Lotz. Siân is currently executive producer and show runner on the series Little America for Apple TV+. She previously wrote and produced for three seasons on the esteemed Netflix series, Orange is the New Black, receiving multiple WGA nominations for her work. Her other television writing credits include Men of a Certain Age, which earned her a Peabody Award. She has directed episodes of Netflix’s Glow, Orange is the New Black, Hulu’s The Path, and Little America. Her first short film, Mother, was awarded the Cinefondation Jury Award at the Cannes Film Festival. Her debut feature film, Tallulah, starring Elliot Page and Alison Janney, premiered at the 2016 Sundance Film Festival and was released as a Netflix original and she was subsequently supported by Sundance Institute’s FilmTwo Initiative.

AHMIR “QUESTLOVE” THOMPSON
Drummer, DJ, producer, director, culinary entrepreneur and New York Times bestseller author  Ahmir “Questlove” Thompson, is the heartbeat of Philadelphia’s most influential hip-hop group The Roots. He is the Musical Director for The Tonight Show Starring Jimmy Fallon, where The Roots serve as the house band. Questlove Executive Produced the documentary series, Hip-Hop: The Songs The Shook America on AMC under his production company, Two One Five Entertainment which has announced a first-look deal with Universal Television to develop scripted and non-scripted programming. He made his directorial debut with the feature documentary Summer of Soul. The film premiered at the 2021 Sundance Film Festival, where it was awarded the Grand Jury Prize and Audience Award for Best U.S. Documentary, as well as breaking the record for the highest selling documentary to come out of Sundance. Questlove is also set to direct an upcoming feature documentary on Sly Stone. Additionally, he co-produced the GRAMMY Award winning Original Broadway Cast Recording of Hamilton. Questlove co-starred in Disney Pixar’s Golden Globe-winning animated feature Soul, which landed him an NAACP Image Award nomination for Outstanding Character Voice-Over Performance.

Sundance Institute
As a champion and curator of independent stories for the stage and screen, the nonprofit Sundance Institute provides and preserves the space for artists in film, theatre, film composing, and digital media to create and thrive. Founded in 1981 by Robert Redford, the Institute’s signature Labs, granting, and mentorship programs which are dedicated to developing new work and take place throughout the year in the U.S. and internationally, are supported largely through contributed revenue. Sundance Collab, a digital community platform, brings artists together to learn from each other and Sundance advisors and connect in a creative space, developing and sharing works in progress. The Sundance Film Festival and other public programs connect audiences and artists to ignite new ideas, discover original voices, and build a community dedicated to independent storytelling. Sundance Institute has supported such projects as Clemency, Never Rarely Sometimes Always, Zola, On The Record, Boys State, The Farewell, Honeyland, One Child Nation, The Souvenir, The Infiltrators, Sorry to Bother You, Won’t You Be My Neighbor?, Hereditary, Call Me By Your Name, Get Out, The Big Sick, Mudbound, Fruitvale Station, City So Real, Top of the Lake, Between the World & Me, Wild Goose Dreams and Fun Home. Join Sundance Institute on Facebook, Instagram, Twitter and YouTube.